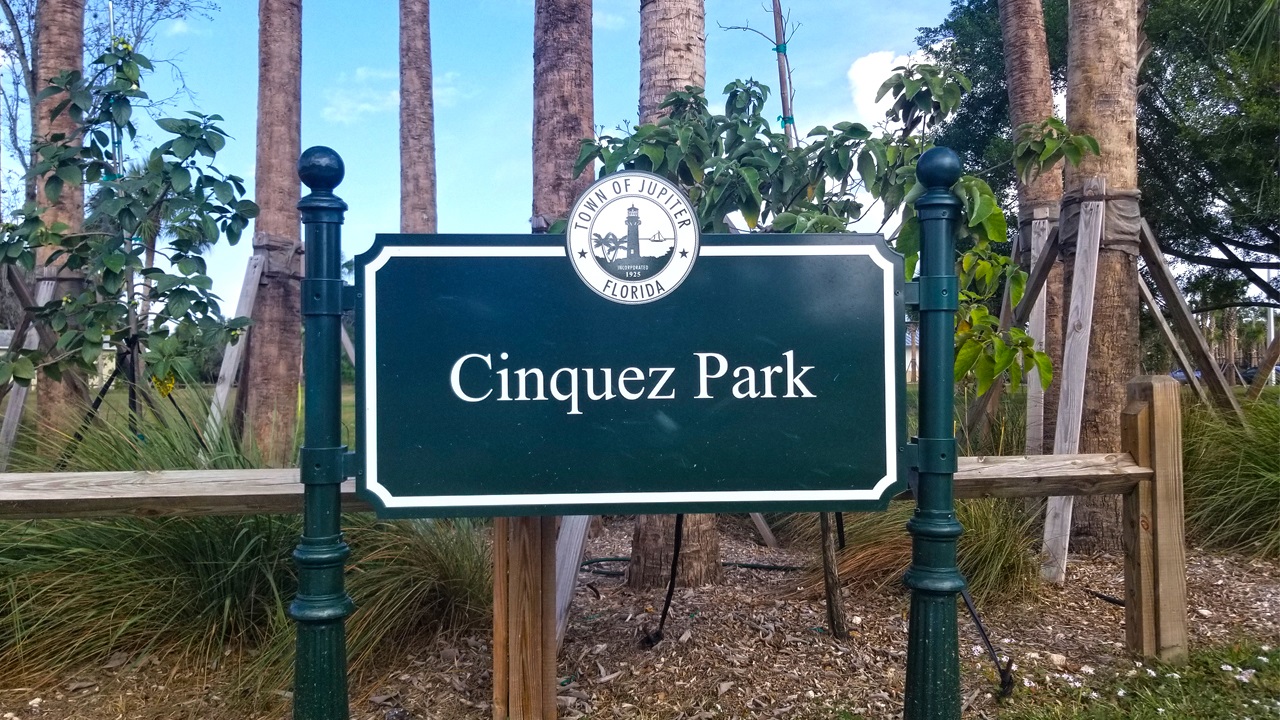 Built on land between Center Street and Indiantown Road, Jupiter’s new Cinquez Dog Park brings another amenity for Jupiter resident dog owners. Jupiter’s $3 million park project started in 2008 when the Town of Jupiter acquired the 13 acres as part of their Open Space Program. Phase 1 of the project included construction of a fenced in dog park, lake, picnic benches, pavilions, restrooms and parking. Phase 1 officially opened on October 27, 2018 with an official ribbon cutting ceremony including a doggy costume contest. The dog park features three fenced in areas which includes one large park, one small park, and an ‘at rest’ area so your pup will have a place to rest up. The park also offers an area to clean up your furry friend before packing up and heading home. There are ample walking paths which go around and through the park. Jupiter does have another dog park which is not as well known. Located just off Marcinski Road in Jupiter and accessed through The River at The Bluffs, The F.I.N.D Park is a 24-acre parcel of land with two fenced areas for dogs separated by breed size. This park also features a park playground as well as canoe and kayak launching area and trails as well as a jogging trail. Having one of the few dog friendly beaches anywhere, it’s only fitting The Town of Jupiter has added amenities for Jupiter residents and their furry pals.